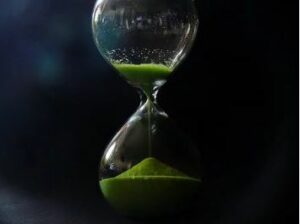 A widow who filed a wrongful death claim based on medical malpractice after her husband died had her claim dismissed because she waited too long. The New Jersey Appellate Court ruled that, based on the language of New Jersey’s Wrongful Death Act and Survivor Act, any claim brought under those acts must be brought within two years of the death at issue. A statute of limitations requires that a certain claim be brought within a certain period of time after the incident giving rise to the claim. If the claim is brought after that time period runs, it cannot be brought at all.  New Jersey’s Wrongful Death Act and Survivor Act both have statutes of limitations requiring that a complaint be filed within two years of the death.

In this case, the plaintiff, Zorica Dimitrov (Zorica), brought a complaint based on the death of her husband, Dimitri. Dimitri died on December 17, 2014, after receiving medical care from multiple hospitals and healthcare providers throughout the year. Zorica filed a complaint alleging medical malpractice under the Wrongful Death Act and Survivor Act on December 16, 2016––one day before the two-year anniversary of her husband’s death. She named multiple defendants such as Saint Mary’s General Hospital, Hackensack University Medical Center, and St. Joseph’s Regional Medical Center. However, in July 2017 the complaint was dismissed for a procedural deficiency. Zorica filed several motions and attempted to correct the procedural mistake, but after her motions were denied several times, including by the appellate court, she took no further action in that case. Instead, she filed a new complaint on March 29, 2018, alleging the same claims as the first complaint.

The Appellate Court also rejected two of Zorica’s arguments. First, they rejected her argument that the “discovery rule” should apply. The “discovery rule” allows courts to interpret a cause of action as only accruing once the plaintiff discovers that she actually has a legal basis for her claim. Zorica argued she did not discover she had a claim until August 2016, when she consulted with a lawyer. The court, however, reasoned that New Jersey usually does not allow the “discovery rule” to apply where a law sets a statute of limitations starting at a specific and fixed event. In Zorica’s case, the law set the statute of limitations starting at a specific and fixed event­­––the death of her husband.

The court also rejected Zorica’s argument that the statute of limitations should be tolled. “Tolling” essentially allows courts to pause the statute of limitations period, but only under extraordinary or particularly unjust circumstances. In Zorica’s case, the court reasoned that the death of Zorica’s husband was certainly an event which should have put her on notice to a possible cause of action, and there was no evidence that any of the defendants did anything to prevent her from bringing a claim in a timely manner.

If you believe you may have a claim under New Jersey’s Wrongful Death Act or Survivor Act and are concerned about the application of the statute of limitations, or have any other legal questions, feel free to contact Ward, Shindle & Hall.