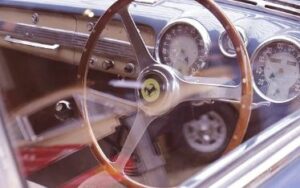 A California man who sold a vintage car to a New Jersey man over the internet was found not subject to suit in a New Jersey court, even for a claim arising out of that exact sale. According to a recently decided case by the New Jersey Appellate Court, a single internet sale by a seller who does not typically conduct internet sales and between two parties who have never contracted before is not conduct specifically directed towards New Jersey enough that the seller may be subject to suit there.

The plaintiff in the case, Joseph Jardim (Joseph), saw a posting for a vintage car on a used car website. The defendant, Michael Edward Overley (Michael), created the post and directed it to anyone, in anyplace, who was willing to purchase the car. He did not direct the post to New Jersey residents. This was the first time he sold a car on the internet, and he did not usually sell things over the internet either.  Joseph was interested in buying the car and had an agent contact Michael. The two exchanged brief emails and had a phone conversation before deciding on a price. They agreed on the sale, and Joseph’s agent arranged to finance the sale through a New Jersey bank, and then arranged for a company to pick up the car and deliver it to New Jersey. All Michael had to do was make the car available for pick-up.

After he received the car, Joseph was disappointed with its condition and felt that he had been misled by Michael. As a result, he sued Michael in a New Jersey court, but the court dismissed the claim for lack of personal jurisdiction over Michael. Personal jurisdiction is a requirement that a court’s power to hear a claim over a defendant be fair––in other words, the defendant must have some substantive connection to the state before the state’s courts can adjudicate that person’s rights. The appellate court noted that, under normal circumstances, the United States Constitution requires that a defendant must have “purposefully availed” himself of that state. Considerations for this include what kind of contacts the defendant had with the state, how connected those contacts are with the lawsuit, and whether the defendant enjoyed privileges or benefits of the state.

New Jersey courts specifically favor granting jurisdiction to the furthest extent possible under these Constitutional constraints. Even so, the Appellate Court reasoned that internet sales make this analysis more difficult because of how easy it is for sellers to reach buyers in other states without specifically targeting a particular state. The Appellate Court also recognized that there was almost no case law in New Jersey dealing with this issue. However, after looking at how other courts handled similar issues, the court held that Michael’s actions were not targeted towards New Jersey enough to hold that he “purposefully availed” himself to New Jersey, and therefore to their courts. Even though Michael likely knew Joseph was from New Jersey and that the sale would be financed through a New Jersey bank, the Appellate Court highlighted that Michael had never sold a car on the internet before, does not usually sell cars, and had never done business with Joseph before. For these reasons, New Jersey courts could not hear the claim against him. On the other hand, the court did note that personal jurisdiction analyses are fact and case-specific, and decidedly left the door open to the possibility of finding personal jurisdiction over an internet seller in a different case.

If you are dealing with a defendant from out of state, or subject to a lawsuit in another state and have questions about whether the court has personal jurisdiction, feel free to contact Ward, Shindle & Hall.