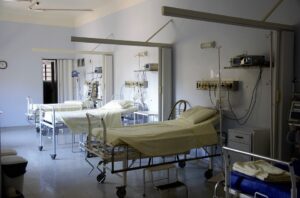 An agreement waiving a plaintiff’s right to pursue a claim against a hospital in court may not be enforceable, even if it bears the plaintiff’s signature and the plaintiff was fully cognitive at the time of signing. In a recent case, the New Jersey Appellate Court held that, even though courts abide by a strong preference for enforcing arbitration agreements, such agreements still must be the product of “mutual assent” to be enforceable. This means that all parties must understand the terms of the agreement they are signing.

The plaintiff in this case was John Riccardi (John), who suffered from multiple sclerosis (MS) and bipolar disorder since his late twenties and was transferred to a facility owned by Kindred Hospitals (Kindred) when he was fifty-three years old. For the thirteen years prior to this transfer, John required twenty-four hour nursing home care and could not drive a car. He had not worked in the past sixteen years and never owned a home. When John was admitted to Kindred’s facility, an employee presented him with twelve separate admission forms to sign, one of which was an Alternative Dispute Resolution (ADR) agreement, and told him that he needed to sign them all. Although John was cognitive when he signed these forms, the signatures indicate that John signed all twelve forms within one minute, making it all but impossible that he was able to read and comprehend each form. In addition, the employee did not explain the ADR form or provide a copy to John, even though John received a copy of every other form he signed that day. Had John had the opportunity to read the ADR form or review a copy, he would have known that he had 5 days to rescind the agreement and that the ADR agreement was not necessary for his admission to the facility.

When John filed a complaint in court alleging that Kindred staff were negligent and caused him to develop advanced-stage pressure ulcers, Kindred attempted to have his claim dismissed and have the matter decided in forced arbitration, outside of court, based on the ADR agreement. For his part, John stated that he did not even know about the ADR agreement until Kindred moved to dismiss his claim. The trial court noted that Kindred did not refute John’s account of how the documents were presented for his signature. After reviewing the record and determining that John could not have read and comprehended the ADR agreement if he signed all twelve forms at the same time, he could not have knowingly and voluntarily waived his right to a judicial forum in favor of arbitration ­­–– the purpose of the ADR agreement. Moreover, the fact that John was not given a copy of the agreement strengthened his claim that he was not aware of the terms of the agreement.

The appellate court agreed that John would have needed to knowingly waive his rights in the ADR agreement for it to be enforceable and that his uncontested account of the facts provided ample evidence to conclude that he did not knowingly consent to the ADR agreement. This concept of “mutual assent” is vital to any ADR agreement, and its absence is strong enough to defeat the preference for enforcing arbitration agreements.

If you are a business needing to ensure ARD agreements are properly executed or you are an individual dealing with an ADR agreement and feel that you did not knowingly consent to its terms, or would like to discuss any other legal matter, please contact Ward, Shindle & Hall.