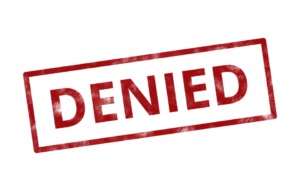 In a recent medical malpractice case, the New Jersey Appellate Court held that a patient failed to file his complaint in a timely manner and therefore was unable to state a claim against the Rutgers Cancer Institute.

In 2009, Hiccson Gomez (“Gomez”) was diagnosed with colon cancer. He had surgery and was in remission for five years, but the cancer came back in 2014. As a result, Gomez went to the Rutgers Cancer Institute and met with Dr. Kennedy, who performed his surgery.

In mid to late 2016, Gomez began to notice “a rush of air” coming from his body every time he used the bathroom, so he consulted an oncologist and other physicians. Gomez was informed that his colon had been stapled to his bladder, which was a medical error that occurred during his surgery with Dr. Kennedy.

Under New Jersey law, a party must file a notice of claim against a public entity or public employee within 90 days of discovering the claim. Under the court’s discretion, the notice may be filed after the 90-day period, but no longer than one year after “the accrual of [the] claim.” After a year, the right to sue is forfeited because a judge is “powerless to exercise any discretion” beyond that point in time.

In this case, Dr. Kennedy was a public employee because he worked for a division of Rutgers University Hospital, a public institution. The “accrual date” is the date when Gomez knew he was injured and realized that Rutgers – or Dr. Kennedy – had caused the injury.

Although Gomez could not remember the exact date of accrual, the evidence indicated that he had seen a doctor around mid to late 2016. The Court gave Gomez the benefit of the doubt and used December 31, 2016 as the date of accrual. Even using the later date, Gomez did not file within the applicable one-year limitation period because Dr. Kennedy and Rutgers were not formally served until October 2018.

If you have an injury that resulted from the actions of a public entity or public employee, it is very important to consider any time limitations and notice requirements that may apply. These time limitations exist as a matter of public policy in order to encourage just and efficient claim resolutions.

If you want to sue a public entity or its employee for an injury, have additional questions about this case, or would like to discuss any other legal matter, please contact Ward, Shindle & Hall.