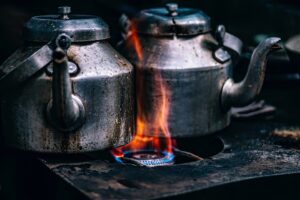 A worker who was injured while volunteering for a “Family Fun Day” organized by her employer, and situated on her employer’s property, was not entitled to workers’ compensation benefits. In a case recently decided by the New Jersey Appellate Court, the plaintiff-worker failed to prove that she was engaged in the normal course of her work with her employer when she sustained her injury.

The workers’ compensation judge ruled that Kim was not entitled to benefits because she sustained her injury during a “recreational or social activity,” rather than the course of her regular employment. The New Jersey Legislature specifically amended the workers’ compensation law in 1979 to exclude injuries sustained during “social or recreational activities,” unless the activities are a “regular incident of employment and produce a benefit to the employer beyond employee health and morale.” Kim argued that, because she was working as a cook during the volunteer event, she was involved in the course of her work. The court rejected this, however, reasoning that Kim was not required to volunteer for the “Family Fun Day” and could have abstained without repercussion, as several other employees did. Kim also argued that the “Family Fun Day” was not a “social and recreational activity” because it served a real interest to Friendship House –– to boost public relations –– and was not merely for the health and morale of employees. The court rejected this argument as well, however. It stressed again that Kim did not need to volunteer for the event and noted that this was the first “Family Fun Day” organized by Friendship House and that it was held on a Saturday, making it fall outside a regular incident of employment which produces a benefit for the employer.

If you have any questions regarding employment-related injuries or would like to discuss any legal questions, feel free to contact Ward, Shindle & Hall.