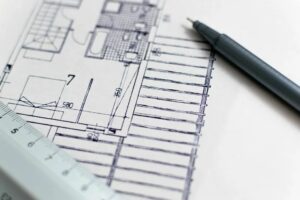 A plaintiff construction company will be paid the outstanding balance of a home renovation project, despite allegations by the defendants that the company did not substantially complete the work and created, and failed to correct, a dangerous condition in the home. In a recent case by the New Jersey Appellate Division, the court held that the plaintiff substantially completed the work required by the contract and was therefore entitled to payment due under the contract, while also finding that the defendants did not have a valid consumer fraud claim because they could not prove that they suffered any ascertainable loss from the alleged fraud.

In this case, the plaintiff, Woodstone Group, LLC (the Plaintiff) and the defendants, Paul and Sarah Treacy (the Defendants) entered into a contract to build an addition to the defendants’ home according to plans established by the defendants’ architect for a total cost of $158,100. The parties arranged for the work to be paid via an initial down payment, followed by four-installment payments and then a final payment. The defendants paid the down payment and the first three installments in full but did not pay the full amount of the fourth installment nor the final payment. When the Plaintiff sued them for breach of contract to recover the outstanding costs, the Defendants alleged numerous defenses, including that the Plaintiff failed to substantially complete the work and created a dangerous condition in the house. Central to Defendant’s argument was the fact that the Plaintiff removed a chimney without the proper permit and replaced it with a pipe to vent the furnace and water heater, which required a fire permit and was not properly vented, according to a local inspector. Additionally, the Plaintiff had ordered the wrong cabinets for the kitchen.

Giving deference to the trial court’s fact-finding, especially where testimony was involved, the Appellate Division affirmed the court’s holding that the Plaintiff was entitled to full payment for the work agreed to in the contract. First, the Appellate Division noted that the Defendants’ did not claim that the Plaintiff did not complete the work agreed to in the contract, but rather that the plaintiffs removed the chimney without a permit, creating a dangerous condition, and were obligated to correct the mistake. As the trial judge pointed out, however, the removal of the chimney did not create a dangerous condition and only resulted in a violation of regulations because it was done without a permit­––which builders sometimes seek after completing the work anyway. More importantly, the Appellate Division noted that the Defendants ordered plaintiffs off the job, making it impossible for them to correct the mistake. Regarding the cabinets, the court noted that it was the Defendants themselves who requested the wrong sized cabinets.

Regarding the alleged CFA violations, the Appellate Division stated that there were three conditions that need to be satisfied in a CFA complaint: 1) unlawful conduct by the defendants; 2) an ascertainable loss by the alleging party; and 3) a causal relationship between the unlawful conduct and the loss. Here, while the Plaintiff did remove the chimney and install the new vent without the proper permits, the Defendants did not show any evidence of ascertainable loss as a result. The fact that they paid a third party to replace the furnace and water heater was not an ascertainable loss because the furnace and heater did not need to be fully replaced, and the Defendants prevented the Plaintiff from correcting the installation issue. Moreover, when the Plaintiff removed the chimney, they were only acting according to the plans given to them by the Defendant’s architect, which had been approved by the town. As a result, the Defendants could not successfully allege CFA violations.

If you are a contractor and have an issue getting paid for completed work, or are a consumer and want to know more about the CFA, feel free to contact Ward, Shindle & Hall.