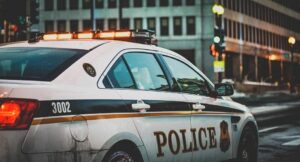 A pregnant police officer who challenged her employer’s maternity standard operating procedure (SOP) will be able to proceed with her lawsuit after the New Jersey Appellate Division reversed summary judgment for her employer. At the heart of the claim was a provision of the SOP that required pregnant officers to use all of their accumulated paid-leave time as part of the SOP, while non-pregnant officers who requested light-duty could request a waiver from a similar provision.

The plaintiff, Kathleen Delanoy (Kathleen), was a police officer in Ocean Township, N.J. She became pregnant with her first child around March 2011, and soon after, in July 2011, Ocean Township developed two programs to handle employees who request physical accommodations: the Maternity SOP and the Light-Duty/ Modified Duty SOP. Both SOP’s required that officers use all of their accumulated paid-leave time as a condition for receiving a light-duty or maternity assignment. However, the Light-Duty SOP contained a provision allowing the Chief of Police to waive that paid-leave time requirement under certain circumstances, while the Maternity SOP did not.

Kathleen filed a suit alleging that Ocean Township discriminated against her by implementing different SOPs. That case was removed to federal court and eventually settled, but Kathleen became pregnant again in 2014 and brought another claim against Ocean Township. This time she claimed that the two SOPs violated the Pregnant Worker’s Fairness Act (PWFA) and the Law Against Discrimination (LAD), which was amended by the PWFA to prevent discrimination based on pregnancy.

The trial court granted summary judgment for Ocean Township, reasoning that the difference in the two SOPs was justified because the waiver only applied to high ranking officials deemed necessary to the operation of the department, and because not all non-pregnant officers who requested light-duty could receive the waiver. Accordingly, he held that Kathleen failed to show that Ocean Township discriminated against her.

Regarding the first issue, the Appellate Division found that the two policies, as written, provided unequal treatment to pregnant officers, and thus violated the PWFA. Because no pregnant officers, regardless of what position they hold, could obtain a waiver to the accumulated paid leave requirement, the Appellate Division held that the two SOPs were unequal on their face, and thus supported Kathleen’s request for declaratory and injunctive relief.

If you are a pregnant employee and have questions regarding your rights under the PWFA and the LAD, feel free to contact Ward, Shindle & Hall for legal advice.