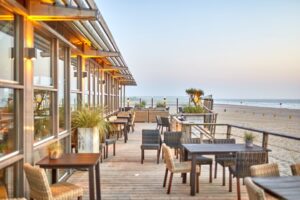 Sometimes, unlike the old adage, it is not better to ask for forgiveness rather than permission first. A New Jersey plaintiff who was denied a variance for his deck, which did not comply with local ordinances, failed to obtain approval from the Superior Court. In the case recently affirmed by the New Jersey Appellate Division, the court held that the plaintiff failed to meet his heavy burden of proving that he was wrongly denied the variance and instead deferred to the local planning board’s decision.

The Superior Court upheld the Board’s denial, agreeing with the Board that the variance would not further any of the purposes of the local zoning plan or New Jersey’s zoning statute. Moreover, the court also agreed with the Board that the variance would cause substantial detriment to the public good, impede circulation around the property, would cause maintenance issues for the next-door neighbors, and would provide no benefit to anyone other than the plaintiff. The judge also noted that the plaintiff was not seeking the variance based on any hardship.

The Appellate Division affirmed, noting that courts give deference to decisions made by cities and municipalities based on their knowledge and expertise of local issues. Accordingly, courts only reverse planning board decisions if they are arbitrary, capricious, or unreasonable. Moreover, the Appellate Division noted that courts give even greater deference to a planning board’s denial of a variance. To reverse a denial of a variance, plaintiffs must show that the evidence presented was “overwhelmingly in favor of the applicant.” Because the plaintiff did not meet this burden, the denial had to be affirmed.

If you are a property owner and have questions about obtaining a variance from your local planning or zoning board, feel free to contact Ward, Shindle & Hall.