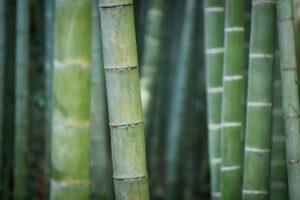 In a recent case, the plaintiffs who sued their neighbors for removing bamboo from their property without permission were unable to recover damages. The New Jersey Supreme Court found the plaintiffs failed to show evidence that the removal led to a diminution in their property value or constituted a loss of peculiar value that was personal to the plaintiffs.

The plaintiffs, Joseph and Donna Kornbleuth (the Kornbleuths), owned a property adjoining that of the defendants, Thomas and Betsy Westover (the Westovers).  The properties were separated by a “bamboo fence” approximately twenty feet high and thirty feet wide, which provided the Kornbleuth’s with privacy from the Westovers. After the bamboo began to spread to the Westover’s property, the Westover’s asked permission to remove the bamboo and replace it with something less invasive. The Korbleuth’s refused. Later, the Westovers hired contractors who then removed the bamboo from both properties. The Kornbleuths then filed trespass and conversion claims against the Westovers and sought damages equal to the cost of restoring the bamboo. The trial court granted summary judgment for the Westovers, and the New Jersey Appellate Division affirmed.

The Kornbleuths appealed to the New Jersey Supreme Court, which affirmed summary judgment on a split 4-3 vote. The Court held that plaintiffs cannot simply elect restoration damages in trespass cases. Rather, they can receive damages in one of two ways: generally, if the cost of restoring the property to its original condition is not proportionate to the diminution in value of the land, and there is no reason personal to the owner for restoring the property, then damages should be in the amount of the diminution of value rather than the cost to restore. On the other hand, if there is a reason personal to the owner for restoring, the court may award reasonable cost of restoration rather than the cost of diminution of value, even though the two may not be proportionate. The Court stressed that “reasonableness” of damages is key to the second approach, and that plaintiffs must show that the damaged property had “peculiar value” to the plaintiffs.

With just one exception, the Court reasoned that foliage was generally considered not to have peculiar value to owners in trespass cases. In the one exception, a 60-year-old Appellate Division case, the defendants removed around 50 trees from the plaintiff’s property, which had been used for shade, among other things. The plaintiffs, in that case, got a reasonable jury award of $6,500 based on several factors, far below the upper limit of $100,000 that the plaintiffs had initially sought.

Here, the Kornbleuths mainly asserted that the bamboo served their interest of privacy and shielded them from having to look at the Westover’s “ugly house.” The Supreme Court held, as a matter of law, this could not create “peculiar value” in the bamboo which would justify restoration damages over diminution in value damages. Specifically, the court held that “[a] general interest in privacy and vague assertions of the aesthetic worth of bamboo as opposed to any other natural barrier do not establish value personal to the owner.” Moreover, because the Kornbleuths did not provide any evidence of diminution in value, there was nothing to compare the restoration costs to, in order to determine reasonableness.

Justice LaVecchia dissented, arguing that a jury should decide whether the privacy and aesthetic beauty of the bamboo enjoyed by the Kornbleuths amounted to “peculiar value.” She argued that the majority interpreted the damages rule too restrictively, thus making it more difficult for plaintiffs to find relief when a neighbor removes foliage from their property without permission.

If you are considering bringing a trespass claim and have questions about damages, or about any legal issue, feel free to contact Ward, Shindle & Hall.