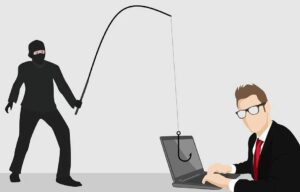 Even some of the smartest sharks can get out-sharked every once in a while. Barbara Corcoran, host of the popular television show Shark Tank nearly lost $400,000 when a scammer posed as her assistant. Fortunately, quick action by Corcoran’s bank prevented the scammer from making away with the cash.

Posing as her assistant, the scammer sent an email to Corcoran’s bookkeeper requesting a payment of $400,000 for alleged renovations. Due to the fact that Corcoran’s business deals mostly in real estate, this request did not raise any red flags and the bookkeeper wired the payment as directed in the email, sending the payment to an email address that was off by one letter, but otherwise resembled that of  Corcoran’s real assistant. It wasn’t until the bookkeeper later emailed the real assistant for a follow-up that the scam was discovered.

Fortunately for Corcoran, her bank froze the suspicious payment. Had it not been for this quick action, Corcoran likely would have lost the money. As she initially stated, the scammer had disappeared and she acknowledged that she was unlikely to recover the six-figure loss.  While Corcoran was fortunate to recover her money, not everyone is so lucky. The FBI reports that nearly 30,000 people reported being a victim of a similar scam in 2018, losing a staggering $50 million combined.

Phishing scams like this target all forms of personal information: usernames, passwords, account information, etc. And they can apply to many different scenarios: services payments, real estate closings, loan payments, etc. It is of the utmost importance to make sure that emails requesting this kind of information are from an authentic source, especially before clicking on any links that the email may contain. And, of course, extra caution should be exercised when transferring money. As Corcoran herself tweeted after the ordeal: “Lesson Learned: Be careful when you wire money!”

If you have questions about protecting yourself from phishing scams like this, feel free to contact Ward, Shindle & Hall for legal advice.