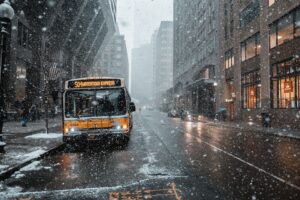 In this case, an employee of New Jersey Transit was injured in a motor vehicle accident through no fault of his own while driving a vehicle owned by his employer, and while acting in the course and scope of his employment. Due to the severity of his injuries, the employee was out of work for two months following the accident. Upon receiving workers’ compensation benefits, which consisted of medical care and lost wages, the employee never sought to recover PIP benefits under his private automobile insurance policy. This caused New Jersey Transit to file a subrogation action against the employee’s automobile insurance carrier. The trial court held that the Workers’ Compensation benefits paid to the employee covered all medical expenses and loss of income. Therefore, the court ruled there was no uncompensated loss of income or property for the employee’s private insurance company to cover pursuant to AICRA. However, this decision was eventually reversed on appeal.

In a split decision, the New Jersey Supreme Court concluded that AICRA was not enacted by the Legislature with the intent to bar employers and insurers that paid workers’ compensation benefits for economic loss from seeking reimbursement through a subrogation action. The Workers’ Compensation Act aims to provide a quick remedy to employees who have been injured while acting in the course of their employment. Meanwhile, AICRA, which was enacted much later, aims to reduce the cost of automobile insurance by offering reduced benefits for individuals injured in automobile accidents. Similarly to Workers’ Compensation, AICRA “mandates speedy first-party payment of a range of benefits, including medical expenses [and] lost wages….”

However, as the Court noted in Sanchez, upon enactment of AICRA, “the Legislature did not amend the Workers’ Compensation Act to eliminate or circumscribe the statutory right of subrogation in cases involving injuries to employees in motor vehicle accidents.” Rather, the Court relied heavily on the statutory language of N.J.S.A. 34:15-40, which was left intact upon the enactment of AICRA. N.J.S.A. 34:15-40 states “where a third person is liable to the employee or his dependents for an injury or death, the existence of a right of compensation from the employer or insurance carrier under this statute shall not operate as a bar to the action of the employee or his dependents.” Ultimately, the Court construed this statute to authorize employers and workers’ compensation carriers to pursue subrogation claims to recover compensation benefits expended to employees injured in automobile accidents while acting in the course and scope of their employment.

If you or your employee has been injured in a workplace accident and you have questions or concerns, call Ward, Shindle & Hall.