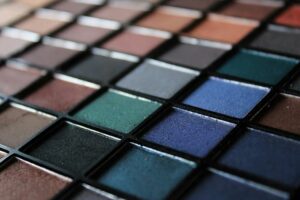 Due to the growing prevalence of Internet shopping, it is worthwhile for suppliers, retailers, and all other individuals or corporations who conduct interstate business through such platforms to familiarize themselves with basic jurisdictional laws in order to avoid future liability in inconvenient or undesirable forums. While determining the state in which you can file your lawsuit can be challenging, it is critical to the fate of your claim. Recently, the New Jersey Superior Court, Appellate Division, analyzed the liability of a Florida-based company to answer a suit in New Jersey. In the case of EBIN New York, Inc.v. Hungsuk Ham et al., the plaintiff, a beauty products supplier incorporated in NJ, had been selling products to the defendant stores located in Florida for nearly two years. Although shipments of goods were transferred from New Jersey to Florida upon each sale, a salesperson of the plaintiff would generally travel to Florida to receive payment for the goods in person. Eventually, the plaintiff instituted a suit in New Jersey against the defendants for failure to pay for the goods. In response, the defendants moved to dismiss the complaint for lack of personal jurisdiction in New Jersey. Ultimately, the Appellate Division affirmed the lower court’s order dismissing the plaintiff’s complaint for that reason.

Throughout the litigation, it was determined that the defendant stores did not maintain any assets, locations, employees, nor bank accounts in New Jersey. Additionally, the defendants never appointed an agent to accept service of process from the plaintiff, never attended trade shows or other product marketing events in New Jersey, and never traveled to New Jersey for any reason. Although the continued transactions made over the course of two years between the New Jersey and Florida companies would seem to indicate a “minimum contact” with the forum state, unlike a one-time used car sale, for example, the courts did not find that to be dispositive. Rather, the Court put more emphasis on the plaintiff’s main role in soliciting offers for sale from the defendants in Florida, as opposed to the defendants seeking such transactions from the plaintiff. Interestingly, the Appellate Division warned that if this court were to find for the plaintiff based on the above facts, that would only function to open the floodgates that anyone who provides goods can sue in their location, regardless of whether minimum contacts exist.

If you have been served by an out-of-state plaintiff, or are looking to serve someone in another state, and have questions or concerns, please feel free to contact Ward, Shindle & Hall.