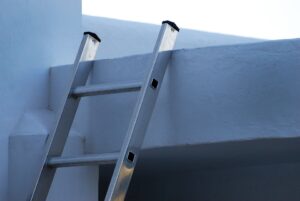 A Plaintiff who recently received a workers’ compensation award saw his judgment vacated on appeal because the trial judge did not make any witness credibility findings or apply his factual findings to the appropriate law. In that case, the Appellate Division stressed the importance of analyzing 12 factors when determining whether an employment relationship exists and also of assessing the credibility of witnesses whose testimony conflicts. Finding the record devoid of this analysis, the Appellate Division vacated and remanded for further consideration, despite usually giving substantial deference to the workers’ compensation judge.

In this case, the plaintiff, Pedro Liranzo (Pedro), injured his hand while performing a manual labor job for the defendant Morales Auto Repair (MAR), and its owner Junior Morales (Morales). Pedro fell off a ladder and injured his hand, requiring an injection, physical therapy, and potential loss of function. Beyond this baseline of facts, however, the parties did not agree. Pedro claims that Morales offered to pay him $350 a week, gave him a uniform, and asked him to repair a sign at MAR’s Bridge Street location, which led to the fall and injury. Based on these facts, Pedro argued that he was an employee of MAR and entitled to workers’ compensation benefits. On the other hand, Morales and MAR argued that they offered to pay Pedro a flat fee of $1000 for a one-time job cleaning up the Bridge Street location. They argued that they did not give Pedro a uniform or ask him to repair the sign as part of the job. The defendants argued that this did not create an employment relationship for workers’ compensation purposes.

While the workers’ compensation judge found that an employment relationship existed based on this conflicting testimony, the Appellate Division was not as sure. Acknowledging that the Workers’ Compensation Act was created to benefit employees and should be interpreted liberally, the Appellate Division also noted that courts should be guided by 12 factors in determining whether an employment relationship exists:

(1) the employer’s right to control the means and manner of the worker’s performance; (2) the kind of occupation—supervised or unsupervised; (3) skill; (4) who furnishes the equipment and workplace; (5) the length of time in which the individual has worked; (6) the method of payment; (7) the manner of termination of the work relationship; (8) whether there is annual leave; (9) whether the work is an integral part of the business of the “employer”; (10) whether the worker accrues retirement benefits; (11) whether the “employer” pays social security taxes; and (12) the intention of the parties.

The Appellate Division also noted the importance of making credibility findings when, as here, the only evidence is conflicting testimony between the two parties. In this case, the workers’ compensation judge did not make credibility findings or apply his factual findings to the applicable 12 factors analysis to determine employment. As a result, the Appellate Division vacated the award to Pedro and remanded the case for further consideration of credibility, fact-finding, and application of the law.

If you are an employee and believe that you may have a workers’ compensation case, or have questions about establishing an employment relationship, feel free to contact Ward, Shindle & Hall.