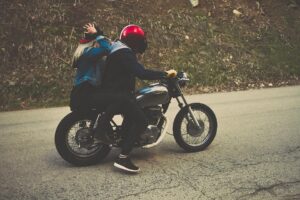 The New Jersey Appellate Court recently overturned a trial court decision dismissing claims against the State of New Jersey in a personal injury case. Plaintiff Milagro Arita-Mejia (“Arita”) was involved in a motorcycle collision on an enclosed ramp that descended onto Interstate 495 in Union City, NJ. Arita was a passenger on the motorcycle, but when the driver tried to brake for a stop sign located on the left side of the road, Arita was thrown off the bike. She sustained traumatic brain damage and other serious injuries.

Arita sued the State of New Jersey (“State”) and the New Jersey Department of Transportation. She alleged that the ramp was dangerous and that it caused the accident. The roadway on the enclosed ramp contained a stop sign that was placed on the wrong side of the road, and only one out of six street lamps was illuminated. Two police officers examined the scene and testified that the road was “dark and dangerous,” and there is a record of 126 other accidents that occurred at the same location.

The State argued that the condition of the road was not the cause of the accident. It claimed that the driver of the motorcycle took “improper actions,” thus failing to brake on time and causing him to lose control of the vehicle. The trial court agreed with the State’s argument and determined there was not enough evidence to show that the placement of the stop sign or the darkness of the ramp were actually dangerous.

A “dangerous condition” has been defined as a condition that “creates a substantial risk of injury.” The substantial risk cannot be minor or insignificant. Here, establishing proximate cause required Arita to show that the injury would not have occurred if the State had provided adequate lighting on the enclosed ramp. To prove constructive notice, she must also show that the public entity had sufficient notice of the dangerous condition prior to the injury so that it could have taken actions to safeguard that condition, and that its failure to protect against the condition was “palpably unreasonable,” or “unacceptable under any circumstance.”

The Appellate Court held that there was a sufficient amount of evidence for reasonable jurors to determine that the State was liable. In this case, the ramp created a dangerous condition because Arita and several police officers testified that it was “pitch dark” and “dangerous.” The State also may have had constructive notice because five out of six of the lights had burned out, and 126 other accidents had occurred in the same location. Also, the condition may have been a proximate cause of the accident, because a reasonable jury might determine that the dim lighting was a “substantial factor” in causing the accident. Finally, it would be reasonable to conclude that it was “palpably unreasonable” for the State to fail to maintain the street lamps and place the stop sign on the correct side of the road because the State has a duty to maintain traffic devices once it installs them.

If you or someone you know was injured in a motor vehicle accident, have additional questions about this case, or need advice on any other legal matter, please contact Ward, Shindle & Hall.