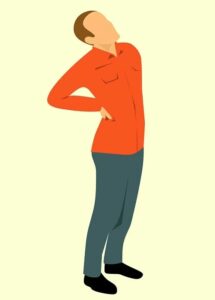 Ever wonder why opposing counsel or your adjuster is fixating on your prior injuries, even those that you yourself have forgotten about? It is because an aggravation of a pre-existing condition, as opposed to causing a new injury, generally results in lower damages received by the injured party. Typically, this is due to the difficulty a jury may have in determining which party should be liable and how much of the injury was due to the subsequent accident.

There are different types of damages a personal injury claimant may recover, most being purely monetary. First, and most commonly, the injured party will likely receive economic damages to cover the costs of medical bills, lost wages, and even lost future wages. Second, punitive damages may be awarded in clearly negligent cases where the court finds it necessary and reasonable to include an extra penalty to punish the tortfeasor. Third, a claimant may be entitled to non-economic, or compensatory, damages which are intended to reimburse the injured party for other issues arising from the incident, such as pain and suffering.

Aggravation cases are more challenging for an injured party to prove, as they have the burden of demonstrating that the subsequent act aggravated the pre-existing condition, worsening its effects or making the condition more difficult to treat. Specifically, the claimant must show that they suffered a permanent worsening of symptoms previously encountered or additional impairment of a previously injured body part. Further, it is the responsibility of the injured party to illustrate the degree of aggravation as clearly as possible, as the specific determination of aggravation will be a factual question for a jury to decide. Helpful signs of aggravation are new symptoms or signs, new imaging findings, or an inability to return to the same job.

While aggravation cases can be more complicated, do not feel discouraged from pursuing rightful compensation. No one expects to be a party to an accident; however, everyone should prepare as if they will be in one tomorrow. Therefore, it is of utmost importance to document and save your entire medical history in case the time ever comes where you must prove an aggravation.

If you have been involved in an accident resulting in personal injury to yourself or others and have questions or concerns, please feel free to contact Ward, Shindle & Hall.