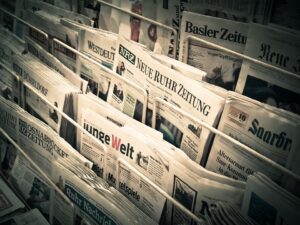 The doctrine of respondeat superior allows employers to be held vicariously liable for the acts of its employees when an employee causes harm to a third-party. In order for this principle to apply, the employee’s action must occur “within the scope of his or her employment.” Generally, vicarious liability does not apply to independent contractors. However, if the court determines the relationship between the company and independent contractor functions more like an employer/employee relationship, the company might still be at risk for vicarious liability.

New Jersey courts look at the facts of each individual case in order to determine whether an individual functions as an employee or an independent contractor within a company. In this case, The Courier-Post had a contract with the delivery driver that was specifically titled “Independent Contractor Agreement.” Provisions within the agreement stated that the delivery driver was not an employee, was an independent business, and was responsible for the means, method, and control of the work that he performed. Even though these types of provisions do not absolutely preclude vicarious liability, they are more likely to show the court the hired individual was actually an independent contractor.

The Court also considered the following facts, among others, before concluding the delivery driver was classified as an independent contractor: The Courier-Post did not pay him for vehicle-related expenses, he did not have a Courier-Post logo visible on his vehicle, received a 1099 form and was responsible for paying his own taxes. Furthermore, the Agreement stated that the delivery driver had a right to engage in other businesses as long as they did not interfere with the Agreement, including businesses in which he would deliver other publications. He was responsible for carrying out the performance of the Agreement, but he had the right to hire a substitute or subcontractor. The Court noted such provisions are uncommon in employer/employee relationships, and it ultimately held that The Courier-Post was not vicariously liable for the actions of the delivery driver.

If you are trying to avoid vicarious liability for the misconduct of your independent contractors, it is advisable to include specific provisions in your agreements that outline your relationship with the contractor. While these provisions are not conclusive, they will aid the court in understanding your intention to hire an individual as an independent contractor rather than as an employee.

If you have further questions regarding this case, employer vicarious liability, or any other legal matter, please contact Ward, Shindle & Hall. We offer free consultations.