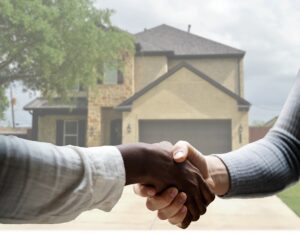 In a recent decision, Shaw v. Shand, et al., the Appellate Court of New Jersey held that semi-professionals, such as home inspectors, can be held liable under the New Jersey Consumer Fraud Act (CFA).

Shaw hired Shand, a licensed home inspector, to perform a property inspection prior to purchasing a home. Shand wrote a report stating that the property was in good condition, and Shaw relied on this report when he officially purchased the home. Later, contrary to Shand’s report, Shaw discovered that several major repairs were required on the property. Shaw sued Shand under the CFA.

The law on CFA exemptions for those not held liable under the law is inconsistent. The trial court in Shaw chose to rely on prior cases where it was determined that semi-professionals, such as home inspectors, were not subject to liability under the CFA. Shaw’s claim was therefore dismissed by the trial court, and as a result, he filed an appeal.

Both Shaw and Shand relied on different cases that had been previously decided in order to support their arguments. However, the Appellate Court found that this was more of a public policy issue because the CFA exists to properly protect NJ consumers and to allow injured parties to state their claims.

The CFA was enacted in order to “establish ‘a broad business ethic,’ promoting a standard of conduct that contemplates ‘good faith, honesty in fact and observance of fair dealing.’” The Appellate Court ultimately held that the intent of the CFA was to protect consumers through remediation, so there must be limits on CFA exemptions so that it can still be effective. Therefore, the presumption is always that the CFA will apply to the particular practice. One of the only ways an exemption will apply is if the particular practice regulations conflict directly with the CFA.

If you have any questions regarding this case, liability under the Consumer Fraud Act, or any other legal matter, feel free to contact Ward, Shindle & Hall. We offer free consultations.